Following the success of New Rep’s first Historical Moving Play, the Charles W. Experience, audiences were clamoring for more. Listen to Sipu answers the call with a captivating and powerful story that illuminates Watertown’s Indigenous history. Join in on a socially-distanced performance lead by a modern-day Tour Guide and meet Sipu, a quick-witted Indigenous woman who’s more than willing to correct misinformation when she hears it.  Armed with facts, The Tour Guide begins describing Watertown’s local history only to find that the facts are missing a lot of truths. Sipu is ready to step in and set the record straight, but will people choose to listen?

In partnership with The Watertown Free Public Library, The Historical Society of Watertown, and The Pigsgusset Initiative.

All teaching and learning takes place on Indigenous Lands. We are coming to you from a place originally called Pigsgusset, which means Meadows At The Widening Of The River.  Now referred to as Watertown, this land is the traditional and ancestral homelands of the Pequossette Band of the Massachusett Tribe.  While Pigsgusset is a rendering of the name, according to spelling by English colonial settlers, and we do not know the original pronunciation according to the First Peoples of the land, we make this acknowledgement to offer recognition and respect to the original inhabitants of this place, especially since the Indigenous history of Watertown has been mostly erased. New Repertory Theatre commits to supporting Indigenous peoples and their cultures by hiring and supporting artists who are Indigenous.

There’s a very different magic to standing next to storytellers in the midst of the story. It intensified the performance; it felt more real than not. Good actors find personal truth in the script they are narrating. Standing next to the actor is to stand in communion with that truth. NE Theatre Geek
An outdoor immersive theatrical experience that leads audiences through a too often overlooked history of Watertown. Broadway World
New Repertory Theater has brought live theater back to Watertown Watertown News

Morgan (Mwalim ) James Peters (Mashpee Wampanoag) (he/him/his) Mwalim “DaPhunkee Professor” (Morgan James Peters) is a multi-award-winning storyteller/spoken word artist, playwright, oral historian, singer, songwriter, music producer, filmmaker, and educator. Born in Bronx, NY., and raised in both New York and Mashpee, MA, he is a graduate of Music & Art High School (now known as LaGuardia), he is a trained violist, jazz pianist and composer. Performing at Carnegie Hall before the age of 14, and by 16, one of the youngest studio session players in EMI history; he is currently, the keyboardist and a singer for the multi- Grammy nominated soul-funk band The GroovaLottos. His plays, solo performance pieces, and experimental films have been presented throughout the USA and Canada as well as the Caribbean and U.K. As an iconic part of the east coast underground art and music scenes for over 30 years, his stages have included theaters, schools, street corners, libraries, galleries, museums, festivals, powwows, jails, nightclubs, temples, community centers, and colleges throughout the country. His latest works include a novel, LAND of the BLACK SQUIRRELS (Thirty-Three Pages, 2020) and a forthcoming album projects by The GroovaLottos and a solo jazz album.

Mwalim is a two-time recipient of the Yen Fellowship, several New England Urban Music Awards for jazz, the Healey Grant, the Osborne Fellowship, and a three-time recipient of the Ira Aldridge Theatre Fellowship. He is a tenured Associate Professor of English & Communications and Black Studies at the University of Massachusetts Dartmouth as well as the CEO of, and Head of Production for Polyphonic Studios, a recording studio and content creation company in Bourne, MA. Mwalim earned his BA in Music and MS in Film from Boston University, and his MFA in Writing from Goddard College. He received his formal training in theater arts and arts education from New African Company in Boston.

Jaime Carrillo (Aymara) (he/him/his) In New York, Jaime Carrillo directed 365 Days/Plays at The Public Theater on behalf of The Classical Theatre of Harlem, where he was a company member for six years. His direction of LYNCH PLAY, an examination of slavery and racism in the U.S., recreated segregated seating for audiences and received an AUDELCO award nomination.  Locally, Jaime recently directed a mini-tour of Jose Rivera’s Cloud Tectonics in association with the Hyde Square Task Force, which included stops in Jamaica Plain, Downtown Boston, Gloucester, and Boston University, in order to engage different communities with local artists of color.  Jaime is also a Lucille Lortel Award winning producer.  He was associate producer for the renown Waiting for Godot in New Orleans, featuring public art organization CREATIVE TIME and Wendell Pierce. Jaime received his B.A. with honors from Brandeis University and is a graduate of the William Esper Studio.

ALLY “Sunshine” MACLEAN (Stage Manager, they/them/theirs) is excited to be working with New Repertory Theater as the Stage Manager of Listen to Sipu. They are a graduate of Emerson’s BFA Stage and Production Management program. Ally’s Boston credits include Shakespeare’s Last Case (SM Intern) at Huntington Theater Company, Shakespeare in Love (SM Intern) at SpeakEasy Stage Company and Fingersmith (Child Wrangler) at the American Repertory Theater. Outside of Boston, they spent Fall 2019 on Nantucket working on The Giver (Production Stage Manager) at Dreamland Stage Company, and Nantucket Christmas Carol (Assistant Stage Manager) at White Heron Theater Company. They are originally from Bellmawr and Audubon, NJ, and currently reside in Brighton. This is Ally’s first time back to theater since the pandemic, and they are so excited to help share this wonderful educational piece with New Rep audiences! They can be found on most social medias @TheAllyAvery.

Grace Wagner (Wampanoag Tribe of Aquinnah)(she/her/hers) is thrilled to have the opportunity to perform in Listen to Sipu with the New Repertory Theatre. After graduating from Winchester High School in June, Grace will head to Evanston, Illinois to study theatre at Northwestern University this fall. Grace’s favorite performances include playing Finch in Newsies, Ariel in Footloose, and singing as a member of the Premier Choir at Boston Children’s Chorus. A member of the Wampanoag Tribe of Aquinnah, Grace hopes to continue to combine her love of the arts with her passions for social justice and the rights of indigenous peoples.

ANDRE  StrongBearHeart GAINES, JR. (Movement Director, he/him/his) is a citizen of the Nipmuc people. He serves as a cultural steward for his Tribe, is a father, public speaker, traditional dancer, Indigenous Activist for Indigenous rights, carpenter by trade and educator. With over a decade in recovery from drugs and alcohol, Andre is a recovery sponsor and integrated life coach for those in need. Andre’s work focuses on bringing traditional knowledge back to Indigenous Peoples. Some of this consists of how to flesh and brain tan hides to make items such as drums, buckskin, and blankets. This work is focused on cultural revitalization and preservation. Andre’s work is grounded in restoring balance between everyday life and traditional values while navigating the colonial systems we live in. He considers family, culture, and traditions to be the three most important aspects within life.

KEIKO MOREINO (Costume Designer, she/her/hers) Born in 1958 in Providence, Rhode Island, Karen Moreino (Keiko) – is the great granddaughter of John Jennings of Nottoway County, VA and daughter of Irene Evelyn Williams and Joseph Peter Moreino Sr. Keiko, relocated to New York where she continued to purse her education at the Pratt Institute, Brooklyn NY and Parsons School of Design. Keiko’s first design job was designing a display for Averix Inc. In Bloomingdales, NY. She also did the set design for the “Visuals” opening at the Paradise Garge. Kieko was the recipient of the Frances Denny Award, in 1980.

MARISA DIAMOND (she/her/hers) is a multi-hyphenate artist and activist, and is thrilled to be joining the New Rep family! She is grateful for this opportunity to collaborate with an all Indigenous creative team, and honored to represent the Q’eqchi community. Marisa has worked as an actor, director, and stage manager in Massachusetts, St. Louis, and Michigan. She is a dual union member of SAG-AFTRA and AEA, as well the co-founder of a nationally recognized circus performance & education company, Diamond Family Circus. During the COVID-19 pandemic, she created and directed the first Circus International Film Festival. University of Michigan, BFA. Artist website: www.marisadiamond.com

Geraldine Barney (she/her/hers) is a singer/songwriter and visual artist from Northwest New Mexico, the eastern part of the Navajo Nation. Geraldine explores the relationship between the traditional Navajo values and beliefs she grew up with on the Navajo Reservation and contemporary city life off the reservation. Straddling two cultures is a prominent theme in both her art and music. She exhibits and performs both her art and music to both local and national audiences and recently returned back to Tohatchi, NM after living in Boston, MA for 24 years. Geraldine studied printmaking at the Institute of American Indian Arts in Santa Fe, NM and at the Kansas City Art Institute, Kansas City, MO.  Musically, Geraldine was selected by ethnomusicologists from the Smithsonian National Museum of American History to be one of the artists on two CDs: “Music of New Mexico: Native American Traditions” and “Heartbeat: Voices of First Nations Women”, both on the Smithsonian Folkways label.

Ellice Patterson is the founder/ executive and artistic director of Abilities Dance, a Boston-based dance company that welcomes artists with and without disabilities. She is also the executive director of BalletRox, a Boston based nonprofit using dance education in school and after school. Outside of self-produced Abilities Dance’s shows, her choreography has appeared in the MFA, Links Hall in Chicago, Gibney Dance in NYC, The Series: Vol IV at the Ailey Citigroup Theatre in NYC, and more. She has given lectures and workshops at schools, universities, and organizations across the country including Fidelity Investments, Harvard, Boston University, and more. She earned her Bachelor of Arts in Biological Sciences from Wellesley College and her Masters of Science in Management Studies from Boston University Questrom School of Business.

Angelique Dina (she/they) is a first-generation American-Nigerian and Native American storyteller. She is currently pursuing her undergraduate studies in Black studies, Theatre, and Anthropology at Rhode Island College with plans to attain her Ph.D. Dina is also a McNair scholar and has dedicated her research to Black theatrical storytellers. Her research question “How do contemporary Black Theatre artists change the narrative within theatre/theatrical institutions and use their work to inform the audience about the Black experience” stems from her journey as a Black femme storyteller. Her methods of storytelling include acting, dance, spoken-word, and playwriting. She is the associate artistic director at Epic Theatre in Cranston, where she also performs. She has also worked and performed with Trinity Rep, The Gamm, and The Wilbury Theater. She thanks God, her ancestors, and her community of Black and Brown indigenous folks for helping her on her journey through the world of art, whiteness, and erasure.

Abby Lass (she/her/hers) is a Boston-based theatremaker and arts educator. She specializes in dramaturgy, directing, and sound design, and has a special interest in female-centered works and classical adaptations. Previous dramaturgy credits include: Buried Child, Safe Hands: A Musical Workshop, O, Hysteria!, A Fan’s Sermon (Vassar College), Helen (Newton Theatre Company), and #RomeoJuliet (New Rep). Abby has also produced several theatre-adjacent research projects, including “Playing the Man I Am: An Exploration of Gender and Genre in Shakespeare’s Coriolanus” and “Performance and Pedagogy: An Exploration of the Psychological Benefits of Theatre Education for Adolescents.” She recently gave a TEDx talk about the intersection of psychological research and the arts. Abby has just finished her senior year at Vassar College, where she received a double major in Drama and Psychology with a minor in Greek and Roman Studies. She serves as the Director of Education and Outreach at Newton Theatre Company and has taught with Newton Theatre Kids.

The Commander’s Mansion is located near the Mosesian Center for the Arts, at:
440 Talcott Avenue
Watertown, MA 02472

Surface level parking is available on-site at the Mansion.

Listen to Sipu is made possible through grants from the following organizations: 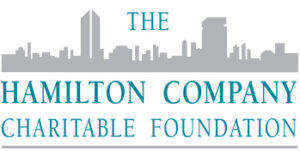