In Aaron Loeb’s darkly comic psychological thriller, a group of top-tier consultants are tasked with a mysterious project for an unnamed client. The team must come up with a solution to a morally ambiguous hypothetical—one that threatens to tear them apart. Ideation is a captivating Boston-area premiere that will leave you on the edge of your seat.

“First and foremost, due to the secrecy of our assignment, we won’t be using PowerPoint. We want no digital files associated with Senna. All ideation is to be done on the whiteboard and erased. Results will be recorded to memory. Any notes recorded to, gasp, paper…” – Brock, Ideation

“Ideation is an attention-grabber, smartly written and surprisingly funny… and will keep you guessing.” Broadway World on IDEATION
“Genuinely funny… Loeb’s text nimbly toggles from laugh-out-loud, quick-witted humor to morbid beats that are sobering for audience and characters alike. The small ensemble cast carries this energy skillfully.” Talkin’ Broadway on IDEATION
“Brilliantly clever… hysterically involving.” South Shore Critic on IDEATION
“A fascinating piece… an exceptional ensemble that draws us deep into absurdity, hilarity, and a heavy heart of darkness.” WGBH’s Jared Bowen on IDEATION
“Relentlessly smart and probing… How great is the horror that can be masked with euphemism? And moreover, how far will people trust institutional structures and professional norms when those are in conflict with their more elemental understanding of right and wrong?” WBUR on IDEATION

CHRISTINE HAMEL* has appeared at New Rep in Ideation, Brecht on Brecht, Broken Glass, On the Verge, Ragtime, and Sweeney Todd, directing God Box, and dialect/voice coaching many productions, including Golda’s Balcony, Tongue of a Bird, Camelot, The Elephant Man, Amadeus, Holiday Memories, and The Kite Runner. Recent area credits include The Women Who Mapped the Stars (workshop, Poets’ Theatre); Tongue Tied Tight, and Delivered (workshop, Huntington Theatre Company); A Disappearing Number (Underground Railway Theater); The Penelopiad (Boston University School of Theatre); Season’s Greetings and Our Town (Wellesley Repertory Theatre); and The Glass Menagerie (Boston Center for American Performance). Regionally, she performed the role of Emma Darwin in Trumpery (Olney Theatre Center). Ms. Hamel is an Assistant Professor of Voice/Speech and Acting at Boston University. She is a Designated Linklater Voice teacher, and holds a Teaching Certificate in the Michael Chekhov acting technique. She currently resides in Arlington.

LEWIS D. WHEELER* is currently in the cast of Ideation and has previously appeared at New Rep in The Gift Horse, Muckrakers, Pattern of Life, Rancho Mirage, Long Day’s Journey into Night, Silence, and a touring production of Cyrano. Recent credits include Finish Line (Boston Theater Company); Hand to God (SpeakEasy Stage Company); and Uncanny Valley (Stoneham Theatre). Regional credits include No Man’s Land (American Repertory Theater); Richard II (Actors’ Shakespeare Project); Blood on the Snow (Bostonian Society); A Number and The Glass Menagerie (Lyric Stage Company); Doubt and An Ideal Husband (Gloucester Stage Company); and five seasons with Wellfleet Harbor Actors Theatre. Also American Stage (FL), Commonwealth Shakespeare Company, Nora Theatre Company, Underground Railway Theater, Boston Playwrights’ Theatre, Huntington Theatre Company, Vineyard Playhouse, Publick Theatre, Cape Rep, Shakespeare Now, Wellesley Repertory Theatre, Wheelock Family Theatre. Lewis was a founding member of Harbor Stage in Wellfleet, where he performed in The Seagull and Hedda Gabler and directed David Rabe’s Sticks and Bones. Film and television credits include Manchester by the Sea, Live by Night, Black Mass, The Company Men, Pink Panther 2, Louisa May Alcott (PBS), Brotherhood. Lewis earned his BA in Theatre and Film Studies at Cornell University and his MFA from the American Film Institute. He resides in Boston and is a proud member of Actors’ Equity since 2004. He appears next in To Kill a Mockingbird as Atticus at Gloucester Stage and in Shakespeare in Love at SpeakEasy Stage.

Aaron Loeb is a San Francisco Bay Area playwright whose work has been performed around the country. His full-length plays include The Proud, Alcestis (Doesn’t Live Here Anymore), Brown, First Person Shooter, Blastosphere (with Geetha Reddy), and Abraham Lincoln’s Big, Gay Dance Party, which had its Off-Broadway premiere in 2010. Among the honors Loeb has received are: two Bay Area Theater Critic Circle Awards for Best New Play (First Person Shooter in ’07, ALBGDP in ’08), Outstanding Play from the New York International Fringe Festival (ALBGDP ’09), GLAAD Media Award Nominee (ALBGDP ’09), and seven “Emerging Playwright Awards” from PlayGround. He is a member of the Dramatists Guild, Inc and a Playwrights Foundation resident playwright.

PENNEY PINETTE (Costume Designer) has designed Ideation, The Gift Horse, Golda’s Balcony, and A Number at New Rep. She is a Boston-based designer focusing in dance and theatre. In addition to designing for the stage she also teaches fashion design and construction at Mount Ida College as well as costume production at Boston University where she has recently received her MFA. Some of her work has been with local puppeteer Bonnie Duncan of They Gotta Be Secret Agents, and the local dance community including Prometheus Dance, Contrapose Dance, and Fort Point Theater Productions. This year will be her fifth year designing costumes for the Boston Conservatory dance department.

Free and open to the public! Email symposium@newrep.org to reserve your complimentary spot! 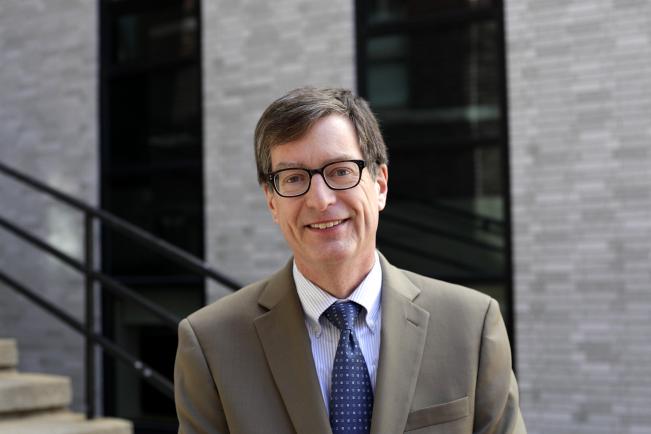 DAN KENNEDY is a nationally known media commentator who writes for WGBHNews.org, the Nieman Journalism Lab and other publications. He is a regular panelist on Beat the Press, an award-winning weekly media roundtable on WGBH-TV. Kennedy teaches news reporting, media ethics and other journalism courses, with an emphasis on how technology is changing the business of news at Northeatern University. In 2016 Kennedy was a Joan Shorenstein Fellow at Harvard’s Shorenstein Center on Media, Politics and Public Policy. While at Shorenstein he wrote a paper titled “The Bezos Effect,” which tracks the reinvention of The Washington Post as a national digital news organization under the ownership of Amazon founder Jeff Bezos. His paper will be part of a book he is writing with the working title of The Return of the Moguls. His book The Wired City: Reimagining Journalism and Civic Life in the Post-Newspaper Age explores the burgeoning world of online local and regional journalism, focusing on the New Haven Independent, a nonprofit news organization founded in 2005. The Wired City has been favorably reviewed by the Columbia Journalism Review, The Boston Globe and CommonWealth Magazine. A former media columnist for The Guardian and The Boston Phoenix, he is the 2001 recipient of the National Press Club’s Arthur Rowse Award for Press Criticism. He is also the author of Little People: Learning to See the World Through My Daughter’s Eyes, a memoir about raising a daughter with dwarfism. His blog, Media Nation, tracks issues related to journalism, politics and culture. Kennedy received his bachelor’s degree in journalism from Northeastern University and his master’s degree in American history from Boston University. From 1979-1988, he was a reporter and editor for the Daily Times Chronicle in Woburn, MA. 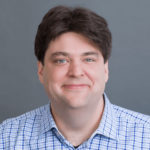 Outside of his work in theatre, Loeb is a well-known professional in the video game industry. Just named the President of Studios at FoxNext Games, Loeb will be working on a multiplayer mobile strategy game based on James Cameron’s Avatar.

How has his work in video games influenced his work as a playwright? According to Loeb, Ideation “uses language that’s highly influenced by working management consultants and technical people working in video games,” even though the play isn’t about video games at all.

How does writing for theatre and for video games differ? “In theater, most of the time your audience is going to experience things linearly and they’re completely under your control. You are, as a playwright, essentially writing out a blueprint that tells the director and actors exactly how you want the audience to see something happen from the beginning to the end.” Writing for video games, by contrast, is “extremely nonlinear” because the player, rather than the creator, decides when information is introduced.

Read an interview with Aaron Loeb