Make sure you’re on our email list! All updates, news, and online/alternative programming will be communicated digitally.
Scroll down on our home page to sign up.

At the end of World War II, artist Han van Meegeren sits in a prison cell accused of selling a long-lost Vermeer to the Nazis, a crime tantamount to treason. Van Meegeren contends that the painting was a forgery, which he skillfully produced and aged with a special treatment of the plastic known as Bakelite. Now he must create another masterpiece in front of his jailer, art historian Geert Piller, to save his life. The Bakelite Masterpiece is a dynamic and compelling Boston-area premiere from playwright Kate Cayley.

BENJAMIN EVETT returns to New Repertory Theatre after performing in Good, Broken Glass, Assassins, On the Verge, Camelot (2014 IRNE Award, Best Actor in a Musical), Amadeus, Cherry Docs, Opus, Indulgences, A Christmas Carol, Quills, A Girl’s War, and Jerusalem, and directing RENT. He recently won the Elliot Norton Award for Outstanding Solo Performance 2015 for Albatross with The Poets’ Theatre, where he is also Executive Director. He has appeared in Freud’s Last Session and God of Carnage (co-produced with Arizona Theatre Company and San Jose Rep). He was a member of the ART Resident Acting Company from 1993 to 2003, performing in over 50 productions including Waiting for Godot, The Bacchae, Phedre, and Six Characters in Search of an Author. He has performed at Missouri Rep, Virginia Stage Company, Alley Theatre, Taiwan National Theatre, and Moscow Art Theatre. He is Founding Artistic Director of Actors’ Shakespeare Project, where he played Coriolanus, Hamlet, Petruchio, Edmund, and Caliban.

Laura Latreille returns to New Repertory Theatre after performing in Regular Singing. Recent regional credits include The Curious Incident of the Dog in the Night-Time (SpeakEasy Stage), Ripcord (Huntington Theatre), and The Nest (Denver Center for the Performing Arts). She has also worked with Merrimack Repertory Theatre, Lyric Stage Company, Boston Playwrights’ Theatre, Vineyard Playhouse, Greater Boston Stage Company, Wellfleet Harbor Actors Theatre, among others. Off-Broadway credits include Love Song (59E59); and The Elephant Play (Playwrights Collective). She has participated in the development of new plays with The Lark, New Dramatists, Theatre Masters, Women’s Project & Productions, Playwrights Collective, Huntington Theatre, and the Denver Center’s New Play Summit. She is the recipient of the Elliot Norton Award for Outstanding Actress for her work in The Shape of Things with SpeakEasy Stage and Improper Bostonian’s Best Female Performance for Time Stands Still with Lyric Stage Company.  Laura is an assistant professor in Suffolk University’s theatre department and holds an MFA from Brandeis University.

Kate Cayley is a fiction writer, playwright, and poet. She has written a short story collection, How You Were Born (Pedlar Press), which won the 2015 Trillium Book Award, a collection of poetry, When This World Comes to an End (Brick Books), which was shortlisted for the ReLit Award, and a young adult novel, The Hangman in the Mirror (Annick Press), which won the Goeffrey Bilson Award for Historical Fiction. She is the co-founder and artistic director of Stranger Theatre, and has co-created, directed and written eight plays with the company; her work with Stranger Theatre has been seen in Toronto, Montreal, Halifax, Chicago, Philadelphia, New York City and Istanbul. She has been a playwright-in-residence at Tarragon Theatre since 2009, and has written two plays for Tarragon, After Akhmatova and The Bakelite Masterpiece. She lives in Toronto with her partner and their three children.

“Captivating moral drama… Evett and Latreille have excellent chemistry and entice the audience into their world of ever shifting power dynamics.”

“Compelling… the more you come to know Van Meegeren, the more your assumptions and even belief systems around art and talent will be tested.”

“Stellar performances…The constant questioning of what is true and what is false, what is authentic and what is forged, and the cat and mouse game between the two characters, adds to the timeliness of the play.”

Art and the Spoils of War: the societal impact of art theft and forgery

Elisa Germán is a doctoral candidate at Boston University specializing in modern and contemporary art. Her dissertation, entitled: “The Creative State: The Calcografía Nacional and its Impact on Printmaking in Madrid after the Spanish Civil War, 1939-1959,” explores the institutional and artistic networks available to artist-printmakers who remained in Spain amid the post-WWII and the Cold War eras. She expects to defend her dissertation in the Spring 2019. Professionally, she has held positions in the Department of Prints, Drawings, and Photographs at the Museum of Fine Arts, Boston, the former W.E.B. Du Bois Institute at Harvard University, and currently serves as an officer for the Association of Print Scholars. Elisa holds a B.A. from Amherst College and an M.A. from Boston University.

Dr. Lauren Fogle is a medieval historian and writer of historical fiction. She is a professor at UMass Lowell where she created a course entitled “Art and the Nazis” for the Honors College. She also teaches classes in her primary field, which is medieval European history. Her first novel, The Altarpiece, was published in 2013 under the name Lauren Fogle Boyd and focused on Nazi art looting during World War II. She is currently working on a sequel.

A Boston native, Stephen Kurkjian spent nearly 40 years as an editor and reporter for The Boston Globe before retiring in 2007. During his career, he shared in three Pulitzer Prizes and won more than 20 regional and national reporting awards.

Educated in the Boston public schools, Kurkjian graduated from Boston Latin School in 1962. He majored in English Literature at Boston University and earned his law degree from Suffolk University Law School in 1970.

Kurkjian was a founding member of The Globe’s investigative Spotlight Team, and its editor for 1979-1986. In 1986, he was named chief of The Globe‘s Washington Bureau and for six years oversaw the work of the paper’s 10 reporters in Washington. Returning to Boston in the early 1990s, he completed numerous investigative projects from The Globe newsroom including the clergy abuse scandal inside the Boston Archdiocese and the devastating fire at a Rhode Island nightclub that took the lives of 100 people.

His 2005 article of the theft of 13 pieces of artwork from the Isabella Stewart Gardner Museum is regarded as the most complete account of the still-unsolved crime. His book, MASTER THIEVES: The Boston Gangsters Who Pulled Off the World’s Greatest Art Heist, was published to critical acclaim in 2015. Soon after publication, the book was optioned by Sony/TriStar pictures who recently announced that it had contracted with firm director Jose Padilha to make it into a Hollywood movie.

Han van Meegeren:
the real fake behind The Bakelite Masterpiece

The Bakelite Masterpiece is based on the true story of master art forger Han van Meegeren. As in playwright Kate Cayley’s version, the real Van Meegeren was accused of selling a Vermeer original to Nazi Field-Marshal Hermann Goering. His defense: he was innocent of collaboration with the Nazis because the artwork was not a Vermeer at all, but his own painting. All told, he forged nine Vermeers, as well as several other artists’ works, earning him more than half a billion dollars in today’s currency.

Can you guess which of the above is one of Van Meegeren’s “Bakelite masterpieces” and which is an original Vermeer? Click the button below to see the answer! 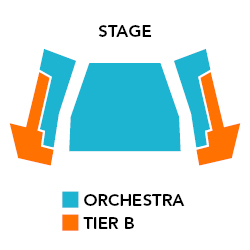