In 1950’s Pittsburgh, Troy Maxson supports his wife Rose and their family as a garbageman after his dreams of being a baseball star in the National Negro League were derailed. When his son Cory aspires to earn a football scholarship, Troy’s bitterness about his own failure and high expectations for his son threaten to pull apart their family. In this Pulitzer Prize and Tony Award-winning masterpiece, August Wilson captures a pivotal time in history with his honest portrayal of a family struggling to break racial barriers and support one another with forgiveness and compassion.

* member of Actors’ Equity Association, the union of professional Actors and Stage Managers in the United States

◊ member of the Stage Directors and Choreographers Society 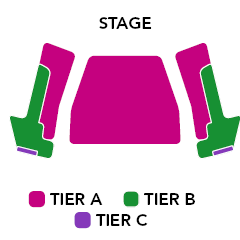 Open Caption services will be provided on Saturday, 5/9 during the 3:00pm performance. Support for Open Captioning is provided in part by TDF. This project is supported in part by an award from the National Endowment for the Arts.

If you would like to take advantage of the Open Caption services, please call the box office directly to purchase your tickets. We will seat you in the designated Open Captioning section for that performance to allow you optimal visibility.

The mainstage theater is equipped with a Tele-Coil Loop System. Patrons with hearing aids and cochlear implants can set their devices to “T-Coil” or may pick up a headset from the Box Office upon arrival at the theater. Click here to learn more.