Spotlight Symposium: Examining Systems of Belief and the Narrative of Tolerance

Spotlight Symposium: Examining Systems of Belief and the Narrative of Tolerance in Uganda

Please join us for a FREE discussion in conjunction with Hansol Jung’s Cardboard Piano as part of our Enrichment Program, the Spotlight Symposium Series. In this conversation, we will discuss the paths to rehabilitating communities affected by Joseph Kony’s LRA in northern Uganda and the journey for tolerance for LGBTQ+ individuals within religious and cultural belief systems internationally and locally. In addition to these panelists, we will also be joined by local Bostonians from northern Uganda who have been serving as cultural consultants for our production of Cardboard Piano. 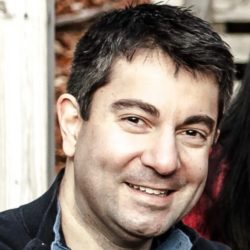 THRIVEGulu is a 501(c)(3) nonprofit organization that operates a center for community gathering and learning in Gulu, Uganda. They support communities in Northern Uganda to recover from the traumatic effects of conflict, through mental health, economic empowerment, and basic education programs.

For well over a decade, Mick has had a passion for working with immigrants and refugees. He met his first refugee client – a young man from Rwanda – during his clinical residency in psychiatric chaplaincy at Grady Memorial Hospital in Atlanta, GA. From there, Mick continued a career in pastoral counseling before transitioning full-time to refugee resettlement work in Lowell, MA. Prior to joining THRIVE, Mick lived in Cambodia, spearheading a nation-wide urban refugee project in partnership with the UNHCR. From 2014-2015, Mick was a Visiting Assistant Professor in the Department of Psychology at the Royal University of Phnom Penh, where he taught trauma recovery. 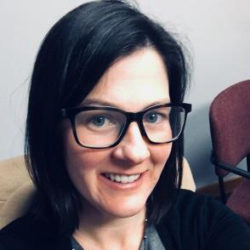 Katie Tyler achieved her Licensed Mental Health Counselor degree in Massachusetts in October of 2009 and had her license reinstated when she moved back to Massachusetts in September of 2017, after seven years of living in Los Angeles. She acted as the Clinical Director at Haven Hills, Inc. from 2014-2017. Haven Hills, Inc. offers shelter, safety, and support to all victims of domestic violence. Katie has been working with domestic violence victims for nearly ten years and she has been working with survivors of trauma for twelve years. She has been a regular presenter at the forty-hour training required by the state of California for those who work with domestic violence victims. She was also involved in the development of the document, TINSOC (Trauma Informed Nonviolent Standards of Care). Lastly, Katie acted as secretary on the Trauma-Informed Task Force of Greater Los Angeles from 2015-2017. Katie holds a B.A. in English and Psychology from Connecticut College and a Master’s degree in Counseling Psychology from Boston College’s Lynch School of Education. 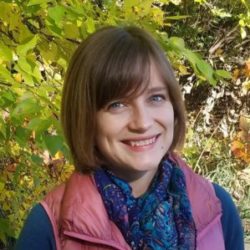 Dr. Manglos-Weber is a sociologist, writer, and teacher, and Assistant Professor of Religion and Society at the Boston University School of Theology.

She studies diverse religious communities, usually focusing on Christianity in Africa and among U.S. immigrants. She is interested in how religious and spiritual practices shape people and their relations to each other, and in how such practices carry the potential to either perpetuate or transform social inequalities. Her work also addresses the topics of global politics, immigration, caregiving/social welfare, and social trust.

Her most recent book, “Joining the Choir: Religious Memberships and Social Trust among Transnational Ghanaians,” was published in March 2018 by Oxford University Press. The book uses in-person interviews and ethnographic research to show how Ghanaian migrants in America face challenges to building new relations of personal trust after migration and seek out and find a basis of trust in religion. In turn, their religious-based trust networks shape how they revise their goals and negotiate their identities over time.

Her next book project is about religion in the lives of local leaders who care for community needs in Uganda. Using portraits of such leaders and their religious histories, she examines their growing impact and what their work reveals about the overlap of religious and political institutions in postcolonial Africa. Finally and most importantly, she uses their stories to counter the global narrative of African poverty with a portrait of African leaders and communities as strong, independent, thriving, and best-suited to address their local needs.