Join us to celebrate 35 years in the new decade!
Commander's Mansion
October 26, 2020

Due to Governor Baker’s encouragement to not hold public gatherings, and as a precaution to protect the communities we serve because of the COVID-19 outbreak, New Repertory Theater has made the difficult decision to postpone our Gala 2020 (previously scheduled for May 5) to Monday, October 26, 2020.

“It is my sincerest wish that our community will support and take care of the arts organizations and local artists that have brought so much joy to so many,” says Michael J. Bobbitt, Artistic Director of New Repertory Theatre. “Like so many other industries, this crisis puts our organization at risk. The aforementioned productions, tours, and Gala comprise 20% of our operating budget, and a potentially devastating loss of nearly $275,000 this fiscal year. We will need our community’s help to make it through this.”

We recognize that these decisions may cause significant inconvenience to our most loyal supporters and patrons, but please know your well-being and the well-being of our artists and employees will continue to be our top priority. The CDC has clearly communicated that one of the most effective measures for controlling the spread of the novel coronavirus (COVID-19) is social distancing. Based on that recommendation, we feel it is our ethical responsibility to put the common good ahead of any one individual or institution.

Sponsors and guests of Gala 2020 will be contacted by our Development Manager, Ari Herbstman, with more information about the postponement of this annual event. Gala 2020 is currently scheduled to take place on Monday, October 26, 2020.

Sponsored in part by

7pm – The Soaring 20’s, Gala 2020, Commander’s Mansion Tent
The celebration continued under the tent. Enjoy a seated dinner provided by BG Events and Catering. Entertainment, live and silent auctions, and awards throughout the evening.

Our Gala is not possible without the support of our community. Consider joining our New Rep Family by supporting our 35th Annual Gala today!

If you have any questions about sponsorship or would like to secure your package today, contact Ari Herbstman at ari@newrep.org or 617-923-7060 ext. 8210 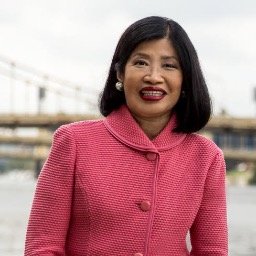 Vivien Li is a community leader and nationally recognized waterfront advocate, most recently serving as President and CEO of Riverlife, where she worked to promote additional open spaces, public access, and riverfront amenities for Pittsburgh’s public to enjoy, before returning to Boston in 2018. Prior to that, she served for more than two decades leading The Boston Harbor Association (TBHA), working with property owners to ensure completion of more than 43 miles of Boston’s HarborWalk public access system, with public art, open spaces, boat docks, and public facilities. Under her leadership, TBHA was the key proponent of the $30 million “Back to the Beaches” effort which has restored Boston Harbor beaches from Winthrop to Quincy, and convened the first-ever Boston Harbor Sea Level Rise Forum in 2010 which set the stage for greater action on climate adaptation and climate resilience solutions. A former Overseer of Beth Israel Deaconess Medical Center and of the New England Conservatory, Vivien currently serves on Boston’s newly-established Municipal Lobbying Compliance Commission to ensure good governance and transparency in government, on the Advisory Board of Harvard’s Rappaport Institute for Greater Boston, and is a volunteer at the Women’s Lunch Place, the Friday Night Supper Program, and the Church of the Covenant Food Pantry. She has degrees from Barnard College and Princeton University, and an honorary doctorate from Allegheny College (PA).

Pamela Taylor serves on the Board of New Repertory Theatre.  Pamela has been a passionate community advocate her whole life. In college, she was very active in the Black Student Union at Northeastern University—protesting, staging demonstrations and ultimately helping establish the first Afro-American Institute on campus which is still running today. Pamela dedicated her life to working with people—starting as a GED instructor and 8th grade guidance counselor for Boston Public Schools before finding her calling as a human resource generalist and specialist for 20+ years at Digital Equipment Company and in the healthcare industry for New England Deaconess Hospital and Massachusetts General Hospital.

Pamela retired in 2011 from Partners Healthcare System Inc. and MGH having received over the years numerous awards for excellence in customer service, teamwork and her diversity work and initiatives. She fills her time with community service and volunteerism by way of the many civic and community organizations she has been affiliated with over the years, serving on boards and advisory councils and committees of, Dorchester YMCA, a local children’s choir, as president of her neighborhood association, with her beloved sorority and at Hibernian Hall, the arts and culture division of Madison Park Development Corporation. 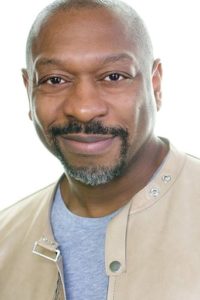 After completing a record-breaking 4,308 performances as King Mufasa in Disney’s The Lion King on Broadway, Alton has added Author and in-demand Keynote Speaker to his growing list of titles. His book, My Pride: Mastering The Challenge Of Daily Performance, an inspirational biography filled with secrets to fulfillment and joy in work and life was published by Disney Editions and has been nominated for several major national book awards. Other Broadway starring roles include Mister in The Color Purple, Coalhouse Walker Jr. in Ragtime, Ken in Smokey Joe’s Cafe, John in Miss Saigon and The Hawker in The Who’s Tommy. He made his West End debut as Ken in Smokey Joe’s Cafe in London. Alton has performed concert dates all over the world, including music from his best-selling CD, Disney My Way!, full of re-imagined Disney on Broadway classics. Alton has also had Guest Star roles on the hit TV series “Law and Order,” “Bull,” “The Blacklist,” “The Good Fight,” “Code Black,” “FBI” “Elementary,” “Mindhunter” and “Madam Secretary”. He had featured roles in four films in 2019 including the highly anticipated The Goldfinch, as a social worker opposite Oscar Winner Nicole Kidman.

He was also featured in The Pulitzer Prize winning and Emmy Award winning RENT LIVE which was performed on FOX television. Alton has written for several magazines including a cover story about his detailed experience with racial profiling for THE NATION MAGAZINE titled RAGTIME MY TIME that has since appeared in publications all over the world and in dozens of college textbooks where it’s studied for its structure and content. Alton’s popular TEDx Talk-Redefining Service To Dream The Impossible Dream can be found on YouTube.

Alton performing “Let Them Hear You” from Ragtime.

Alton performing “He Lives in You” from The Lion King.

A Year of Theatre with Michael J. Bobbitt

Spend the next year enjoying premier performances from some of Boston’s best theatres with Artistic Director, Michael J. Bobbitt! Undertake a rare chance to view the Boston performing arts scene through his eyes. This includes two tickets for yourself and one for Michael to six shows in the 2020-2021 season for companies around Boston. Shows to be announced at a later date.

Productions and dates to be mutually agreed upon by all parties.

Walk on Role for our Fall Musical

If you’ve ever dreamed of stardom, this is your chance! Win an exclusive walk-on role and share the stage with a group of professional actors in New Rep’s 2020-2021 Winter Musical, directed by Artistic Director, Michael J. Bobbitt! This package will include four tickets to your performance so friends and family can share in this once-in-a-lifetime experience. You will also receive a signed, framed poster and a private backstage tour with the cast.
The winner will have their choice of performance, date to be mutually agreed upon by all parties.

More items to be announced soon…