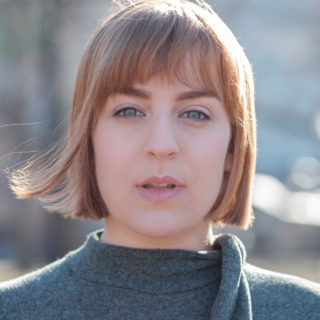 Courtney Beth Plati makes her New Repertory Theatre debut as a member of the 2019 – 2020 Classic Repertory Company tour. Courtney is an SDC Associate director, actor, and educator currently working in the Boston area. She is a recent graduate from Salem State University where she found her passion for directing while receiving her Bachelor of Fine Arts in performance. Her passion for education stems from her work with teens, teaching and directing them in the Shakespeare elective at Camp Meraki, where she has been for the past five summers. Courtney is the recipient of the SDC Directing Initiative Award for Region 1 from the Kennedy Center American College Theatre Festival 2018. She is an acting apprentice alumni of Commonwealth Shakespeare Company and has worked with them in different capacities as an assistant director for their production of Universe Rushing Apart: Blue Kettle and Here We Go, and as a scene and monologue coach this summer for their apprentice programme.

◊ Member of the Stage Directors and Choreographers Society